Continuing with the cats of the house. 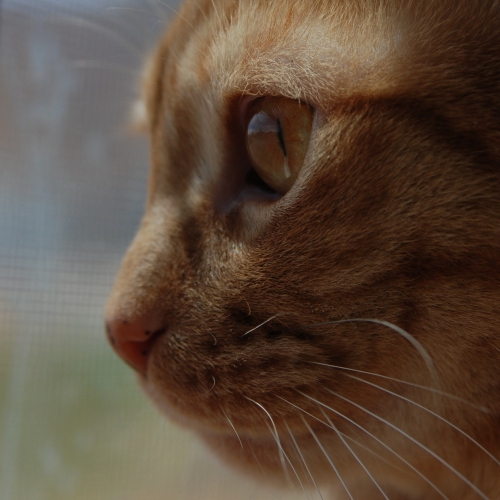 Habibi came from Beirut in August of 2006 as a three month old kitten. BETA was the group that originally took him in after he was found in an engine block, by a woman named Nadia. He was named Nado at that time.
My wife and he fell in love, so he came to our home soon after.

Best Friends brought over 295 animals from BETA, Habibi was one of them. For that history, the magazine entry from the NOV/DEC Issue is a good source.